In the midst of the crisis, only 18% of treated wastewater is reused in Delhi

While reusing treated wastewater can reduce pressure on freshwater sources in the city, only a small fraction of the wastewater Delhi currently generates is reused.

According to Delhi Jal Board officials, the city reuses around 18% or 100 MGD (million gallons per day) of the 528 MGD of treated water generated at the DJB sewage treatment plants. The treated water is being supplied for horticulture and bus washing purposes, a senior official said.

Increasing the amount of reused water would require a parallel network across the city to transport treated water to areas where it can be used, such as farmland on the outskirts of the city, the official said. The cost of such a system is likely to be high, he said.

The demand for treated water for horticultural purposes is high, especially in the area under the New Delhi City Council (NDMC). The large gardens in the NDMC area have decentralized treatment plants (STP) that supply them with water. STPs have a combined capacity of about 27 lakh liters per day, according to an official from the NDMC horticulture department. The 100-acre Lodhi Garden, for example, draws treated water from a 5 lakh liter STP, as does Nehru Park.

“The treated water currently used is well below our initial requirements of around 8 MGD (million gallons per day) for green spaces. Of this, STPs only provide around 0.5 MGD. with tankers, but this is not enough. The cost is high to bring the network of DJB treatment plants to these areas for the reuse of treated water,” the official added.

The push of DJB

The DJB will soon be supplying treated water to farms. “We have received the agreement of a few RWAs, we are working on setting up a water supply network. Chattarpur, Kapashera and Bakkarwala farms will be connected to the grid and will likely consume around 20 MGD of water,” a DJB official said. Efforts are also underway to release treated water into the lakes, another official said.

In an effort to increase water reuse, the DJB will soon provide treated water to farms, at a cost. “We have received the agreement of some residents’ associations and are working on setting up the water supply network. Chattarpur, Kapashera and Bakkarwala farms will be connected to the grid and will likely consume around 20 MGD of water,” a DJB official said. For other institutions to draw treated water for reuse, the question will be who will bear the infrastructure cost for this, the official added.

Efforts are also underway to release treated water into lakes, such as Lake Pappankalan, another official said.

The city generates about 768 MGD of wastewater, of which about 544 MGD is being treated.

There are also water quality standards that treated water must meet before it can be discharged, either into a body of water or reused for agricultural or other purposes. A Delhi Pollution Control Board report from May said treated water samples taken from 16 of the DJB’s 26 sewage treatment units failed to meet standards. 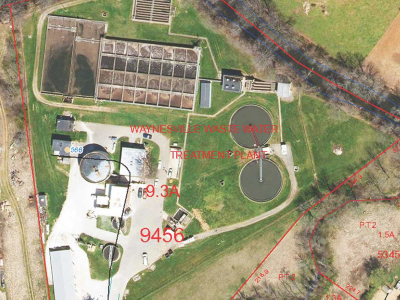