Farmed catfish traditionally has a unique market in Indonesia, where it is mainly sold as street food, called “warung pecel lele”, with lower-middle-income buyers as the main consumers. Although there is no official standard size of catfish served, street food vendors – which are springing up like mushrooms in big cities like Jakarta and surrounding areas – tend to use fish from 100 -125g.

The demand for a fairly standard size is quite difficult for farmers to meet, due to several factors such as seed quality and production management. They generally harvest three sizes of fish: small (less than 100 g), market size and large (160-250 g), which represent 30%, 65% and 5% of the catch respectively. Unlike many aquaculture sectors, the larger fish fetch the lowest prices and are sold to the recreational fishing segment.

The challenge is compounded by the relatively low price of catfish, as farmers generally act as price takers rather than decision makers, due to their weak bargaining position with middlemen.

However, a Depok-West Java farmer, Haji Usman, who has been farming catfish for more than 10 years, has made a breakthrough selling frozen catfish fillets to differentiate his products and expand his market. This project started before Covid-19, when he entered into an agreement to supply fresh fillets to the Japanese restaurant Ichiban Sushi.

Unfortunately, the collaboration was halted by the restaurant closures linked to Covid-19. But Usman then decided to try selling frozen fillets online instead, to take advantage of shifts in shopping behavior during the pandemic. Unexpectedly, there were many interested customers and he now has 500 dealers in Jabodetabek (Jakarta and surrounding cities). These are individuals or small retailers who typically purchase between 10 and 50 packets and resell them directly to end consumers. According to Usman, this system allows him to focus on production and improving it, instead of thinking about a direct sales strategy.

Usman and his farming partner now plan to increase their net production, which is currently around 10-15% of their daily harvesting capacity of 4 tons. In addition, the company can also process oversized fish, relieving farmers to ensure standard production.

Meanwhile, according to Arffan, customers benefit from receiving higher quality catfish, which are also healthier and easier to cook compared to live catfish from traditional wet markets, which have no guarantee of quality. their quality after transport to market.

To ensure a good quality fillet, the fish are first left to rest in an aquarium for 2-3 hours to empty food remnants in the gut and eliminate the potential for bad taste. They are then anesthetized with salt water, before being filleted, packaged and then frozen.

“This process is what distinguishes the quality of frozen catfish from fresh fish in traditional markets. Even though the fish may have been harvested from the same pond at the same time,” Usman says.

To ensure that the frozen fillets meet food safety standards, Fuad Arffan is in the process of obtaining several permits. He also proactively checks his fillets in the food lab to ensure they are free of harmful substances, such as heavy metals and E. vsolive bacteria.

One of the main reasons that convinced Usman and his son to enter the processing business is that he already uses 100% quality aquaculture feed (whereas most farmers in the region still use a stale food waste in their food), probiotics and water circulation. It has also been certified to Indonesian Standards of Good Aquaculture Practices (Cara Budidaya Ikan yang Baik/CBIB).

In addition, to ensure continuity of supply, it works in a partnership system with local farmers. Through this ‘nucleus’ system, it provides good quality seeds and feed, which partners do not have to pay for before harvest. It also provides education and advice to farmers regarding good management and cultivation practices.

Improving the image of frozen fish

The market for frozen catfish and other freshwater fish is still limited and Usman suspects many people assume that frozen fish is just fresh fish from a traditional market which is then frozen. . But, as Usman argues, using the proper process and freezing fish right after harvest can keep them fresher in the long run. He therefore believes that consumers need more education on the benefits of frozen foods.

It is important to differentiate the product as being more practical, more hygienic and healthier, especially when it has been produced by a clean culture.

“It is important to differentiate the product as being more practical, more hygienic and healthier, especially when it has been produced by a clean culture,” he explains.

Additionally, Usman notes, if scaled up, frozen and processed catfish and other freshwater species could improve farmers’ bargaining positions because the product can be stored longer and they can choose the market without rushing to sell it to intermediaries. .

However, according to Usman, this requires additional efforts that must be made collectively, especially by small farmers. And it would be even more helpful if the government provided infrastructure such as cold storage, as well as a relaxation of the business licensing process.

Based on his experience, Usman believes processed catfish has great potential, not just locally, but perhaps for exports as well. He is also keen for some of his fellow farmers to help him expand the market, producing better quality catfish – through the use of higher quality feed.

“There are not many farmers who use 100% formulated aquaculture feed. Maybe they don’t understand clean production and its positive effect on fish quality. I think many farmers still believe that cheaper feed can bring them more profit.But I think we should follow a new concept of high quality fish production so that we can expand the fillet market.Also hope the aquaculture feed manufacturers can help – providing loans for quality food and helping to spread knowledge about good nutrition and its impact on fish quality,” concludes Usman. 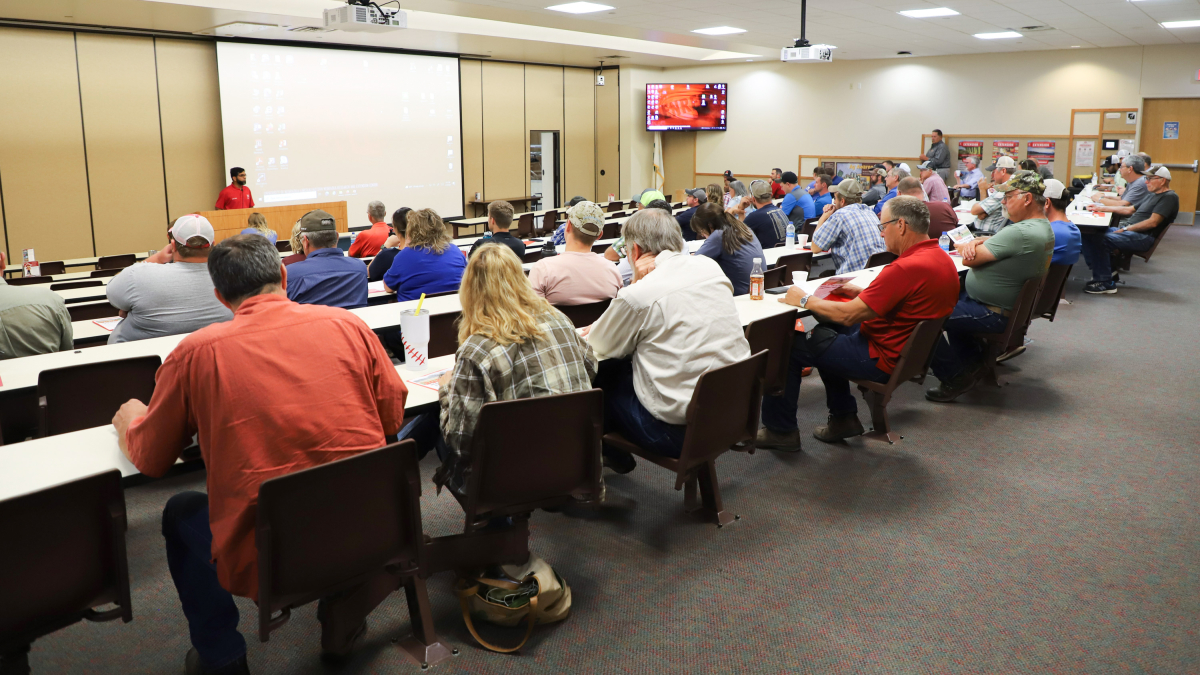