Ballarat has a big problem and it’s full of rubbish.

The city will spend $2.3 million to landfill waste in the next fiscal year, as outlined in the 2022/23 budget, which passed this week.

Central Ward Councilor Belinda Coates said it was easy for residents to feel disconnected from the scale of the problem when taking out their bins for collection.

But she said it was a “huge cost” to residents, as evidenced by a $26 per property increase in waste management service fees in the new budget.

“It’s money that could go to other things that benefit the community and the long-term well-being of the city,” Ms Coates said.

Creating an environmentally sustainable future is the number one priority for residents, according to council comments.

Many residents are frustrated that another $20 million could be thrown into the landfill pit over the next 10 years before major changes are seen.

The City of Ballarat has committed to developing a new waste management strategy, assessing the viability of hard waste collection and continuing audits of waste contamination rates.

It will also aim to increase the percentage of green organic materials and recyclable materials from 41 to 45%.

The big goal is to create a circular economy district including a material recovery facility to sort waste.

Food and organics collection is on the radar in the city of Ballarat, according to Ms Coates, after the announcement of a new state government waste policy.

Municipalities must provide an organic waste service for households by 2030 and a service for glass by 2027 in addition to general waste and recycling.

Hepburn Shire Council has been running a food and organic bin collection trial in Clunes since March 2021.

It diverted 100 tons of organic waste from the landfill in the first nine months.

Food waste accounts for 36% of residual waste collected from households, according to Sustainability Victoria.

Companies are looking for solutions

Businesses are starting to take matters into their own hands, with Ground Up collecting coffee grounds, food scraps and soft plastics from hospitality businesses.

Healthy snacks company owner Ellen Burns is frustrated with the pace of change in government and business.

She used her winnings from a game show to fund her transition from plastic to home compostable packaging.

We Bar None was the first in Victoria and the third in Australia to use the product.

Ms Burns said her business was small at the time but faced the amount of plastic she felt responsible for and did not want to pass it on to customers.

She spent 18 months looking for a home compostable packaging solution.

The option she had chosen had been launched in Australia a few months earlier.

“I’m a bit disappointed to still be one of the few [to use it]“said Ms. Burns.

“I really thought the adoption would be faster once it was available in Australia.”

A crowdfunding campaign also helped Ms Burns fund the switch, as she needed to buy a new machine for packaging.

“It was the support from customers and people who want to see plastic-free snacks that made this possible,” she said.

“I think that appetite has only grown in recent years.”

Ms Burns and Ground Up founder Eliza Whitburn-Weber said they meet with a group of circular economy champions every month.

Next bend in circular plane

The City of Ballarat has allocated $4.6 million in the 2022/23 budget for its circular economy district.

The council is seeking federal or state funding for the project, but is working on a materials recovery facility as a first step.

It has an agreement in principle with the state government for a site in the Ballarat West employment area and is working to secure the land.

The facility will sort recyclables, including paper, cardboard, metals, glass and plastics for reuse and reuse in the community.

“This will translate into job opportunities and hopefully an increase in innovation as well as in the way we deal with all kinds of waste and recyclables,” Ms Coates said.

She said the “blue sky” goal was to achieve zero waste and a full circular economy.

“I think we’re getting closer to that position because the community realizes that the resources we have are not limited,” Ms Coates said.

“A huge step would be for producers to stop waste at the source.”

Local news straight to your inbox

ABC Ballarat will deliver a summary of the week’s news, stories and photos every Wednesday. Sign up to stay connected. 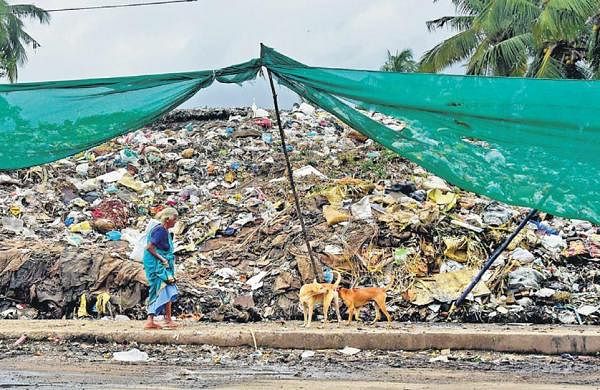